I love how everything is British mad at the moment, for us designers it’s great as we have so much inspiration to choose from. For card publishers especially, there is plenty of food for thought with the up and coming Diamond Jubilee and the Olympics. There are so many publications featuring photos of the Queen and there is a real surge of interest for all things British. 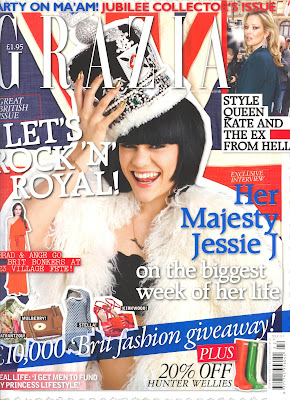 To mark the Diamond Jubilee, Grazia asked the ‘Brit’s who’ve shaped the last 60 years to nominate people they reckon will be the next big thing’.

Grazia, contacted my mentor Interior Designer, Kelly Hoppen MBE, to nominate a designer of the future, and I was amazed to find out that Kelly had chosen me!! 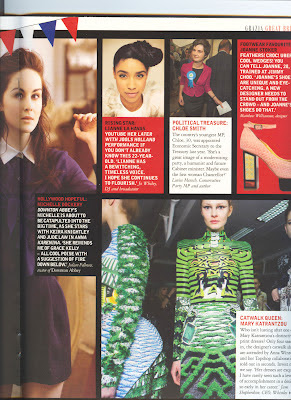 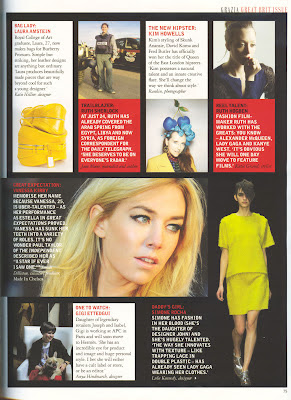 I get giddy with excitement at the thought of being in an article like this. I have always read features on the talent of tomorrow, and the one’s to watch.

I am so thrilled to be featured in this Great British Issue! It’s fantastic to be put forward for the feature and I am really grateful to Kelly.