So, the exciting day finally arrived, and I am still in a spin from the day. I have lots of photos to share with you from my trip to Harrods.

On Monday evening Mum and I travelled first class down to London where we were then taxied to the Millenium Hotel on Sloane Street for our stay. The view from our room was great as we could spot the lights of Harrods nearby, and this all added to the anticipation. 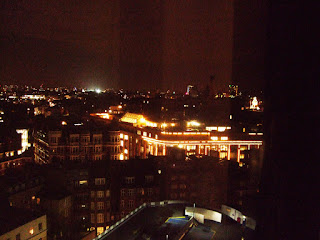 Our 6am start on the Tuesday morning was beautiful, but the nice weather didn’t last long. We were met at 7.30am at the hotel by Honor from Harrods, just as it started to rain. Honor had a huge Harrods umbrella so we all kept reasonably dry. By this point I had had 3 hours sleep due to my nervous excitement. 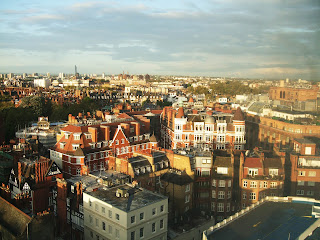 We were soon met by Sarah the Head of the Visual Team at Harrods, the lady I had spoken to several times about what I wanted for the window. I had been really involved in the whole process from choosing the dress in the window to the design of the back wall, which I submitted after winning the competition.

The four of us walked towards my window, but I was blindfolded so that the Harrods camera crew could capture my response to the window. 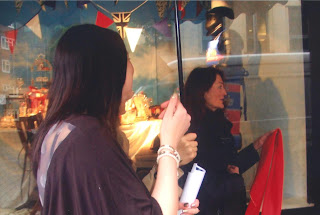 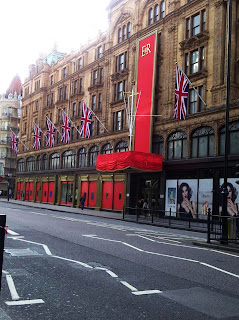 I have added all of the photos from the day to a new Pinterest board and my Facebook group as there are lots of them, and there are so many details to see in the display.

Here is the video that Harrods produced of the unveiling and an interview with Sarah and I at the press breakfast later that morning.

Mum and I were also treated to lunch at The Georgian restaurant in Harrods. We couldn’t have asked for more on the day. 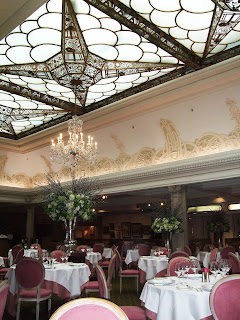 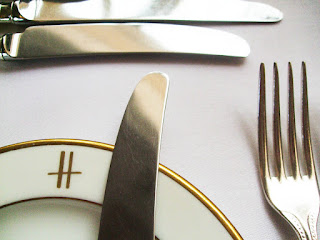 The window will be in place until 15th June, so there is plenty of time to go and see it. We had such a wonderful day, and it was so good to meet all of the visual team behind the making of the window. This really was a dream come true for me, and I will treasure this day forever! 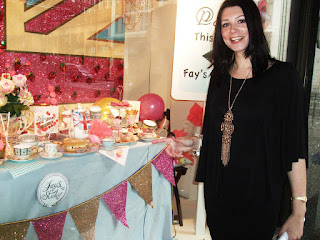 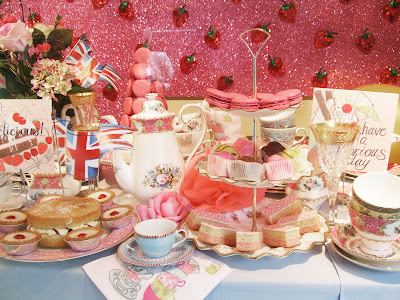